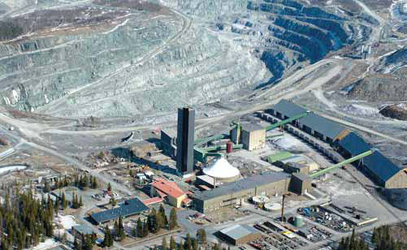 Completion of the EIA for the Kemi mine (above) is planned for 2021
Outokumpu has launched an Environmental Impact Assessment (EIA) process for its expansion plans for the Kemi chromite mine in Finland. The company is investigating the planned changes to the operations and underground mining methods and its impact on the rock surface, soil, water systems, the environment as well as air and climate. The planned changes to the operations of the mine include expanding the mining concession area and mine within the limitations of the current allowed area.

It also includes increasing volumes of ore mining and chrome production, revising underground mining methods, processing and using the resulting tailings and building a new tailings pond. A decision to expand the mine has not yet been made.

The assessment is part of the mines long-term development plan to optimize the use of the existing resource. Outokumpu is not currently planning to increase its ferrochrome production as the production volumes of the mine and the concentrating plant have been optimized according to the amount of raw material required by Outokumpus ferrochrome plant in Tornio.

The EIA procedure will not affect the progress of the ongoing DeepMine project at the Kemi mine. The environmental impact of the Kemi mine was previously assessed in 2009. Completion of the current assessment is planned for 2021.