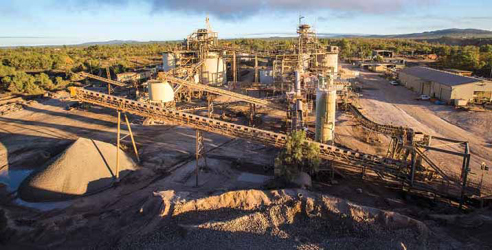 The Ravenswood mine in Queensland has produced almost 2 million oz since it opened in 2004.
Resolute Mining Ltd. signed a legally binding agreement to sell the Ravenswood gold mine in Queensland for a total consideration of A$300 million ($207 million) to a consortium that includes EMR Capital and Golden Energy and Resources. The transaction is expected to be completed by the end of March and the proceeds of up to A$300 million consist of A$100 million ($69 million) of upfront value and up to A$200 million ($138 million) in potential payments, which are contingent on future gold prices, future Ravenswood gold production and the EMR Capitals investment outcomes from Ravenswood.

The transaction has been structured to maximize Resolutes exposure to the future success of the Ravenswood Expansion Project while transferring the capital expenditure funding requirements and development risk to a highly credentialed and experienced consortium with a strong relevant track record in successful project development, according to the company.

Ravenswood has been a consistent performer for Resolute for more than 15 years. Since acquisition in 2004, Resolute has mined and processed more than 40 million metric tons (mt) of ore and produced almost 2 million oz of gold. The Ravenswood Expansion Project, as defined by Resolute, calls for the development of two large open pits at Buck Reef West and Sarsfield. The company estimated that the expansion could deliver an addition 1.5 million oz per year (oz/y) for more than 10 years at all-in sustaining costs of A$1,097/oz ($823/oz).