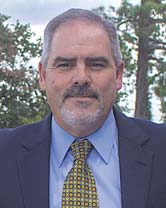 The American Exploration & Mining Association (AEMA) held its annual conference in Reno, Nevada, USA, during the first week of December. The event brings together junior miners as well as some of the majors, prospectors, exploration geologists and suppliers mostly from the western USA and Canada to support the association. And, the mood this year was considerably upbeat.

One of the reasons for the renewed optimism is that projects are moving forward again. Two years after President Donald Trump issued Executive Order 13807, changes to the environmental review and permitting process are starting to take shape. They are having a serious impact on schedules for both regulators and mining proponents. In one of the sessions, presentations from consultants, a mine planner and regulators offered advice on how to navigate this new permitting minefield.

In response to EO 13807, on August 31, 2017, U.S. Secretary of the Interior David Bernhardt (deputy secretary at the time), issued Secretarial Order 3355. The objective was to implement improvements to National Environmental Policy Act (NEPA) reviews conducted by the Department of the Interior (DoI) and establish discipline and accountability in the environmental review and permitting process.

NEPA requires federal agencies to prepare an Environmental Impact Statement (EIS) and SO 3355 sets page and time limits for the EISs. Specifically, for those that had not reached the draft stage at the time of the directive, the EIS can no longer exceed 150 pages. The lead agency must issue a Final EIS within one year of the issuance of a Notice of Intent (NoI) to prepare an EIS. Within 30 days of the NoI, each bureau head must provide a deadline for the Final EIS. The Council on Environmental Quality (CEQ), empowered by the Executive Branch (i.e., President Trump), can take action to identify and remove impediments to efficient and effective reviews.

What does this mean? The work that was done between the issuance of the NoI and Final EIS, a process that used to take years, has been compressed to one year. That means that mine planners and consultants must do much more work on the front end to place the onus on the regulators to meet the 12-month deadline. The regulators, who are still trying to determine how to comply with SO 3355, are now in the hot seat. As an example, representatives from the Battle Mountain District of the Bureau of Land Management (BLM), one of the lead agencies under DoI for mining, gave a presentation, The Trump Administration Changes are Here. In it, they explained some of the creative methods they have employed to comply with SO 3355, but it was clear they were sailing in unchartered waters. They also discussed the workload the BLM now faces, vacancies in the agency and their process for prioritization. Fielding questions from the audience, it quickly became clear that this BLM district office was the exception and not the norm. BLM assured the audience that their ideas were being shared with other districts, but the Battle Mountain District has little rainfall, few endangered species and other factors that can trip up an EIS.

These rule changes do not guarantee a positive outcome for miners. They ensure more timely answers. While the Final EIS will only be 150 pages long, substantial supporting documentation still exists. It is a major leap in the right direction. Throughout the rest of the AEMA conference, these policy impacts were clear. Presenters talking about older projects still face the same delays, while those with new projects are talking about bringing those online in 2021 rather than 2028.