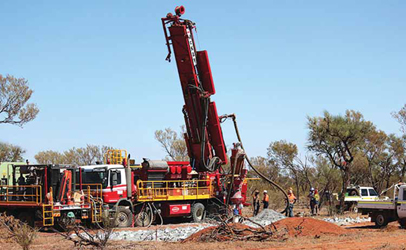 OZ can increase its interest in West Musgrave to 70% by investing an additional $14 million toward project studies and regional exploration. Current work at West Musgrave is based on a further scoping study (FSS) completed in November 2017 that considered an open-pit mining project having an initial mine life of eight years, with several opportunities to add to mine life through upgrading of inferred resources, developing other known deposits on the West Musgrave property, and continuing to advance existing regional exploration targets.

Mining would focus on the adjacent Nebo and Babel deposits, with the Nebo deposit to be mined first. At the time of completion of the FSS, the two deposits had a combined mineable resource of about 150 million mt, grading 0.35% nickel and 0.40% copper. Mining would be by openpit methods, utilizing an appropriately sized earthmoving fleet operated by contractors.

Ore processing would include conventional crushing, milling, and classification circuits, followed by two stages of conventional flotation with cleaning and re-cleaning to produce separate nickel and copper concentrates.

Regarding completion of OZ Minerals 51% earn-in to West Musgrave, company CEO Andrew Cole said ongoing study results have been encouraging in a number of areas, including resource extension drilling and metallurgy, with good progress also being made in heritage clearances and community engagement.