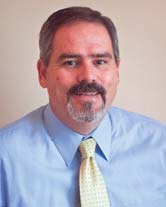 Whether one supports Northern Dynasty’s proposed Pebble project in Alaska or not, the U.S. Environmental Protection Agency’s (EPA) recent decisions regarding this project can be best described as a travesty. Acting on perception and pre-conceived notions, the agency has taken actions that defy due process. Left unchecked, the precedent could further embolden it to continue its reckless disregard for permits and the permitting review process.

The EPA believes that copper mining in Alaska’s Bristol Bay watershed would result in significant and unacceptable adverse effects to important fisheries. The agency in early March invoked Section 404c of the Clean Water Act (CWA) to review the potential environmental effects of mining activity and determine whether potential discharges are unacceptable. The U.S. Army Corps of Engineers cannot issue a permit for the mine until the EPA completes this review. All of this regulatory overreach has taken place before the Pebble Partnership has even submitted its application for a permit to mine a rich copper and gold deposit.

The EPA’s decision generated an immediate response from the U.S. National Mining Association (NMA) and Sen. Lisa Murkowski (R-Alaska), the ranking member of the Energy and Natural Resources Committee. The NMA condemned the agency’s decision for circumventing established environmental review procedures and usurping the authority of other agencies. In a press statement, NMA accused the EPA of recognizing “no limit on its powers to interfere with another federal or state agency process for permitting projects.”

The U.S. House Oversight and Government Reform Committee issued a subpoena to the EPA for documents related to the agency’s review of the proposed Pebble project. Following the subpoena, a letter was sent to the EPA inspector general requesting an investigation into the agency’s decision to use its authority under the CWA to stop the issuance of permits that would be needed for the mine to move forward. The letter warned that taking such unprecedented federal agency action with predetermined conclusions is not sound government practice and delegitimizes other necessary regulatory action undertaken by the EPA.

Expressing frustration with the agency, NMA CEO Hal Quinn said, “It seems that it can never be too soon or too late for the EPA to interfere with projects and destroy the economic and job opportunities.”

Quinn knows firsthand. He and his team in Washington have been dealing with the EPA while it purposely held up permits for coal mining operations in the eastern U.S. Unfortunately, in late March the U.S. Supreme Court endorsed the regulatory overreach when it refused to review a 2013 federal appeals court decision in Mingo Logan v. EPA. The decision basically upheld the agency’s authority to veto an existing permit under the CWA section 404c. Likewise, whether one agrees with Mingo Logan’s mine plan or not, the company was issued a permit that was later revoked after the company made a sizable investment. The agency’s decision to revoke existing permits or block the consideration of a permit before it is even submitted defies due process.