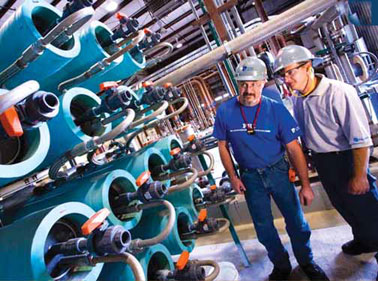 Cameco operates Smith Ranch and Highland as a combined operation. Each has its own processing facility, but the Smith Ranch central plant currently processes all the uranium, and the Highland mill is idle. Together, they form the largest uranium production facility in the United States, with licensed produc-tion capacity of 5 million lb/y of U3O8 . Production during 2012 totaled about 1.1 million lb (500,000 kg) of U3O8 .

In addition to North Butte and Smith Ranch-Highland, Cameco owns the Crow Butte in situ uranium mine and central processing plant near Crawford, Nebraska. It has five other satellite sites in various stages of development and regulatory approval in Wyoming and Nebraska.