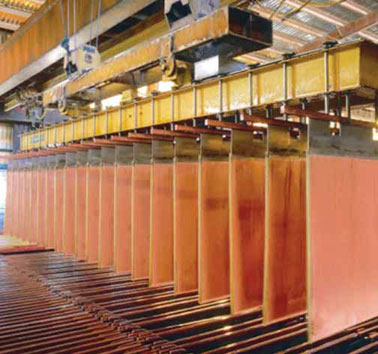 BHP Billiton successfully restarted Pinto Valley in December 2012, after the mine had been on care and maintenance since early 2009. The restart involved capital expenditures of $194 million, including approximately $60 million for a new mining fleet. As of late April, the restart was progressing well and was on schedule to achieve a run-rate of more than 50,000 mt/d by the end of 2013.

A preliminary feasibility study (PFS) is under way that will target these resources for potential conversion to reserves, with expected completion in 2013. The PFS will consider the potential to extend oper-ations within the currently permitted boundaries. In addition, Capstone intends to commission engineering and economic studies to consider all remaining current mineral resources in preparation for filing of permit applications.

“Pinto Valley represents a unique opportunity to acquire a mid-sized pro-ducing copper mine in a well-established and low-risk mining jurisdiction with a significant mineral resource,” Capstone President and CEO Darren Pylot said. “This acquisition gives Capstone our third producing mine with a long mine life and is consistent with Capstone’s strategy of building an intermediate cop-per producer focused in the Americas.”

Under the terms of the purchase agreement, Capstone is committed to maintaining Pinto Valley’s existing envi-ronmental standards and will provide financial assurances reasonably necessary to obtain regulatory approvals for the transfer of the applicable permits. BHP Billiton employees working at Pinto Valley and SMARRCO will become employees of Capstone as part of the transaction.

The purchase agreement includes typ-ical closing conditions, including regula-tory approvals. The transaction is expect-ed to close in the third quarter of 2013.