From the Editor - Indonesia: A Rich Region of Uncertainty 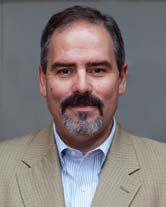 Readers have no doubt noticed a rising tide of resource nationalism in E&MJ. The activities range from takings to new mining laws. There are, of course, two sides to every lively debate. In this month's report on Indonesia, E&MJ provides the viewpoint from the politi-cians of a developing nation trying to claw back what they see as lost opportunities.

Once enacted, Indonesia 2009 Mining Law replaced a Suharto era law based on contracts with a new framework based on mining permits (IUPs). At first, the min-ing industry welcomed the law because it eliminated the existing Contract of Work (CoW), allowing foreign mining companies to hold permits. Now as more provisions take effect and the government continues to modify the policy, the mining industry is becoming worried about the direction the country has taken. Interpretation of the policy and the subsequent changes have been poorly communicated. Once the per-mits are issued, overlapping and contradictory regulations from regional and nation-al authorities are confusing miners.

Two requirements have caused great concern: a domestic processing obligation and divestiture. The domestic processing obligation takes effect by January 2014. That doesn't leave much time to build a smelter, regardless of the fact that most mining companies can't justify the construction of a smelter for each mining oper-ation or that some customers prefer concentrate. To reinforce its seriousness, how-ever, the Indonesia Ministry of Energy and Mineral Resources banned the export of raw materials (ore) during May 2012. They are granting exemptions to license hold-ers that meet a certain criteria and they are imposing a 20% duty as an interim measure. The divestiture policy says that foreign shareholders are obliged to reduce ownership of any concession by 51% by the end of the 10 th year of production. It's a graduated divestiture policy that begins in the sixth year. The rate of return for most discounted cash flow calculations are based on at least 20 years. Investors are worried about the returns.

Prices for commodities are high and Indonesia's economy is expanding rapidly, so they feel they can rely less on foreign investment. In an interview with Dr. Simon Sembiring, the chief architect of the 2009 Mining Law, he offers the pro-national-istic perspective. Sembiring said mining companies liked the old system because they made only a minimal contribution to Indonesian society and now they are unhappy because the honeymoon is over. Citing the Australian Mineral Resources Rent Tax, he believes the 2009 Mining Law allows Indonesia to reclaim its sover-eignty. As far as the mining companies that have abandoned projects in Indonesia, he said, "It's a reflection of the company's shortcomings."

Major mining companies have and continue to contribute to Indonesia's wealth. As the authors conclude, Indonesia will have to balance regulations with the needs of foreign investors. To separate itself from rogue takings in lawless regions, Indonesia needs to act fairly and earn its share in new projects. It should invest in exploration activity, mining operations and smelting capacity. Excessive impositions and restrictive regulations will steer foreign investment away from Indonesia. Prospectors are already pulling up stakes. For better or worse, Indonesia might be in control of its own destiny sooner than it thinks.