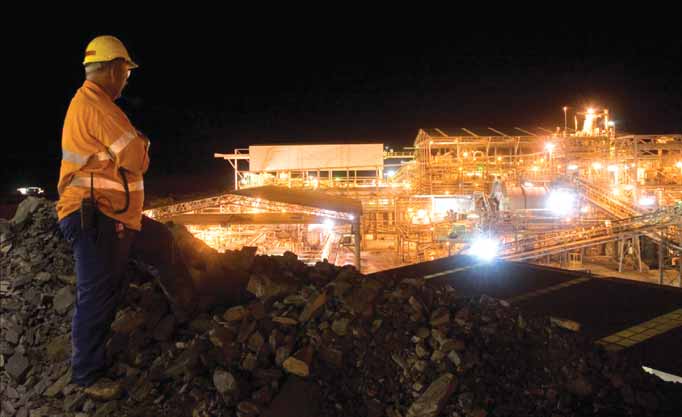 Xstrata Zinc is investigating a $900-million integrated development plan to approximately double production capacity at its open-pit McArthur River mine in Australia's Northern Territory, along with installation of proprietary hydrometallurgy technology at its San Juan de Nieva smelter in Spain and Nordenham smelter in Germany and potentially making further improvements to its Brunswick Lead smelter in Canada to accommodate the increased McArthur River production.

During 2010, McArthur River produced 2.2 million mt of ore and 384,000 dry mt of bulk concentrate. Production at the mine could increase to about 5 million mt/y at a cost of $270 million, resulting in an increase in bulk zinc-lead concentrate output to 800,000 mt/y.

The Xstrata Zinc integrated development plan aims to secure the long-term future of McArthur River in the face of a decline in the traditional international markets for the bulk zinc-lead concentrate it produces. Xstrata Zinc Australia COO Brian Hearne said the feasibility of the integrated plan is dependent on developments at McArthur River. "It is only by increasing production at McArthur River and reducing unit costs that the overall project is financially viable," he said. "We are prepared to increase smelter capacity and invest in this plan in order to create a new, guaranteed market for McArthur River bulk concentrate and extend the life of mine by six years to 2033."

A notice of intent for an environmental assessment of the proposed mine development has been lodged with the Northern Territory government. This assessment and a concurrent economic feasibility study, will investigate the environmental, infrastructure and operational requirements associated with the proposed development. A scoping study conducted in 2010 has already confirmed the proposed development would not expand the open-pit beyond the current boundary of the bund wall, and there is no intention of further diversions to the McArthur River or Barney Creek channels.

The decision to proceed with the proposed development is subject to the outcomes of ongoing feasibility studies and associated technology trials in Europe as well as the environmental assessment for McArthur River. A demonstration plant was commissioned in July 2010 at the San Juan de Nieva Smelter, and another will be commissioned at Nordenham in early 2011.