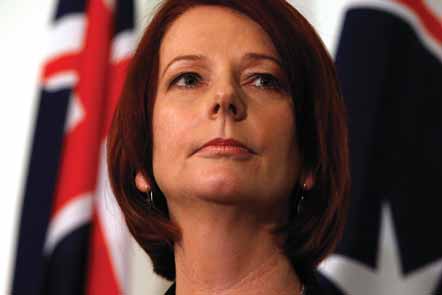 However, on July 17, Gillard called an election, to be held on August 21, 2010. Opinion polls showed Gillard with a narrow lead. The debate over resources taxes had cooled but not disappeared. Opposition leader Tony Abbott said he would let the proposed MRRT die if he were elected. Other issues to be debated ahead of the election included the Australian economy, border protection and climate change.

Meanwhile, Gillard established a policy transition group led by former BHP Billiton Chairman Don Argus and Resources Minister Martin Ferguson to oversee the development of more detailed, technical aspects of the proposed MRRT. The key elements of the MRRT are drawn primarily from a July 6, 2010, letter from BHP Billiton Chairman Jacques Nasser to the company's shareholders.

Assuming passage in its current form, the MRRT would apply from July 1, 2010, and would apply only to mined iron ore and coal. It would be calculated on the profit of a mine based on the value of the resource at the mine gate less all costs to that point. It would not apply to downstream process- ing or infrastructure, and it would not apply to companies with profits less than A$50 million per year.

The proposed MRRT tax rate is 30%, as opposed to 40% for the RSPT. A 25% extraction allowance would result in only 75% of otherwise taxable profits being subject to the MRRT. 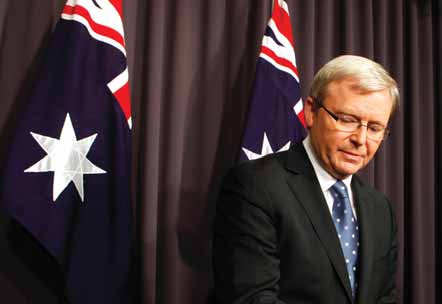 Former Australian Prime Minister Kevin Rudd, shown here at a June 23 news conference during which he announced
the Federal Labor caucus would hold a leadership ballot the following day between himself and Deputy Prime
Minister Julia Gillard. When it became clear he had lost the support of key factions required to maintain his lead-
ership of the Labor Party, Rudd resigned as prime minister and party leader. (Photo Couretsy of Reuters)
Companies would have the option of having the market value of a project as the starting base for the MRRT, not the previ- ously proposed book value. This would be especially important for operations that have been in existence for many years.

New expenditure would be immediately deductible in full. Losses from pro- jects would be transferable, such that only net profits from projects would be subject to the MRRT. Any MRRT losses and/or unused credits for state royalty payments would be allowed to be carried forward at the long- term government bond rate plus 7%.

Mining industry response to the pro- posed MRRT was for the most part favor- able. On July 2, Xstrata Copper announced resumption of full project activities at its A$589-million Ernest Henry underground mine and reinstatement of its A$30-mil- lion north Queensland regional exploration program. Xstrata had placed this spending on hold as a result of the proposed RSPT.

On July 6, Xstrata Coal announced it was resuming planned investment in its Queensland growth projects, including activity associated with its Wandoan mine development project. "A final investment decision on the A$6-billion Wandoan mine and associated infrastructure project is expected in the second half of 2011 and will consider feasibility work, the final form of the MRRT legislation, and associated royalties," Xstrata Coal said in a statement.