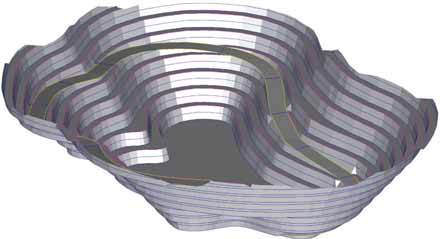 “This study is a good indication that the Quebec Lithium property can compete financially with most of the lithium brine prospects under development but on a much faster timeline,” Canada Lithium President and CEO Peter Secker said. “Canada Lithium is positioning itself to become a significant, secure North American supplier of high-quality lithium carbonate within the next two years.” The company has a marketing agreement with Mitsui and is in discussions with North American lithium buyers based on demonstrated product quality from bench-scale tests conducted by SGS Lakefield.

Stage 1 of the Quebec Lithium development covers a production period of 14.8 years. A definitive feasibility study scheduled for completion during the first quarter of 2011 will consider a staged expansion to higher production levels.

Open-pit mining will be carried out by a fleet of 10-m3 hydraulic excavators, front-end loaders, and 100-mt haul trucks and an ancillary fleet of dozers, graders, and water trucks. The stripping ratio will be about 4.26:1.

The proposed processing plant design is based on conventional crushing, grinding, and flotation to produce a 6.5% Li2O spodumene concentrate. Lithium recovery at this stage is expected to be 82.6%. The flotation circuit is followed by a secondary pyrometallurgical/ hydrometallurgical treatment process comprising a rotary conversion kiln, leaching circuit, a series of precipitation tanks, washing/filtration circuits, and a packaging system to produce >99.5% battery-grade Li2CO3 product. Recoveries in the secondary stage are expected to be 82.8%, for an overall process plant lithium recovery of 68.4%.

During the definitive feasibility study, Canada Lithium will evaluate technologies to increase overall lithium recovery and review the possibility of converting some of the plant tailings streams into potentially saleable valueadded byproducts.