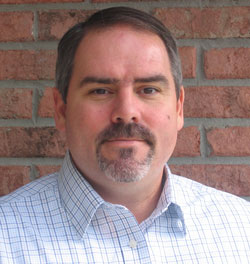 The global financial crisis that began in October 2008 affected almost everyone. It wreaked havoc on financial systems in several countries. Investors saw as much as 30% or more of their wealth evaporate. Unemployment rates soared in many parts of the developed world. The Australian economy, however, did not really suffer through a recession. Why? One of the main reasons is the country’s mining industry. Whether it’s iron ore in Western Australia or Queensland’s coal, the ships serving Asian markets are lining up off Australia’s shores. Saying that Australians had increasingly missed out on the benefits of the mining boom, Australian Prime Minister Kevin Rudd and Treasurer Wayne Swan proposed the Resource Super Profit Tax during early May. The scheme amounts to a 40% tax on mining industry profits. Apparently, these politicians are already getting ready to catch the next wave, which they have named Commodity Boom Mark II. They plan to use the proceeds from the resource tax to increase the Australian pension fund, lower the tax rate for all other companies, and invest in future infrastructure needs, particularly for mining states. It will rebate state royalties paid by resource companies. According to Rudd’s calculations, the plan will deliver $700 million in 2012-13 and more than $5.6 billion over the next decade.

Mining companies were quick to respond. Two of the largest mining companies, BHP Billiton and Rio Tinto, are headquartered in Melbourne. BHP said the tax would result in an increase in the total effective tax rate on the profits earned from its Australian operations from around 43% currently to around 57% from 2013. Last year, BHP paid more than $6.3 billion in taxes related to its Australian businesses. Rio Tinto said it was concerned about the arbitrary nature of selecting a round figure of 40% and the inclusion of existing operations. Both companies warned the new resources tax could erode Australia’s competitiveness, severely curtail investment and limit jobs growth.

The Minerals Council of Australia referred to it as a “tax grab.” In the rush to extract more than the $25 billion already paid to governments in taxes and royalties, the Commonwealth appears to have inadequately accounted for the stifling effects of this new tax on the minerals industry, the council said. A secondary impact could mean there will be less tax revenue from mining for future generations of Australians.

The billions of dollars that have been invested in the country’s resource sector increased the wealth and provided job security for all Australians. In the last three years, according to BHP, the resources sector has contributed 18% of Australia’s GDP, is the largest contributor to Australian export revenues at 42%, and has been the largest contributor to corporate tax revenues. Much of the profit in the sector has been reinvested in resource and infrastructure projects in Australia. A key factor underpinning the decisions behind these investments, BHP explained, has been Australia’s reputation for providing a stable and competitive taxation regime.

Mining companies have come to expect this type of short-sighted behavior from greedy, uninformed politicians in developing countries. First and foremost, this is a populist play—redistributing the wealth from the rich miners—during an election year. If this is eventually enacted by Australia’s parliament, it will have serious long-term implications for the future of the country. Take for instance a mining company that has recently invested significant capital in a new operation only to have the tax policy change mid-stream; it can no longer trust Australians to keep their word. The next investment decision may likely move to another mining destination. The announcement that Xstrata will idle exploration activities in Australia should come as no surprise— look for other miners to follow suit.